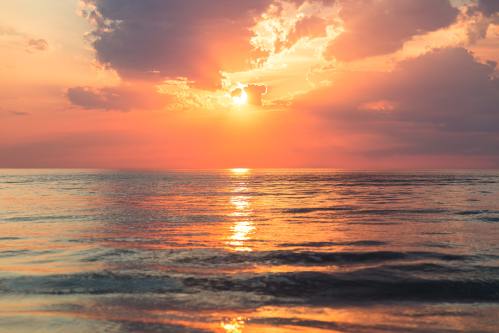 Reading through John’s Gospel, I see people coming to faith in Jesus by several stages.
Andrew, in chapter one, is curious after John the Baptist points to Jesus and declares, “Behold the Lamb of God!” So Andrew goes and seeks Jesus out. After spending a day with him, he is convinced that Jesus is the Messiah and goes and finds Peter. It takes longer for Peter but eventually he makes the declaration, “You are the Christ, the son of the Living God!” It is a process of awakening faith.

One day Jesus and his band of disciples are travelling through Samaria, and Jesus stops to rest by a well, and strikes up a conversation with a woman who is drawing water. Intrigued, she wonders who he is. At first she simply says, “You are a Jew, I am a Samaritan.” That is the extent of her knowledge.
Then Jesus reveals that he is the Giver of Living Water. This sounds promising! Further conversation demonstrates that he also knows details about her life. Hmmm. “I can see you are a prophet”, is her deduction. They continue to talk , and she says thoughtfully, “I know that the Messiah is coming, and he will explain everything to us.”
Jesus must have known that she was now ready for a big step forward in her understanding of him. He uttered the amazing words, “I who speak to you am he.”

The disciples come back and interrupt, but she has heard enough, and runs back to the village to tell everyone that a man who could be the Messiah is waiting by the well. They stream out, and after two days of teaching, the verdict is, “This man is the Saviour of the World.” She has gone in one day from simply seeing him as a “Jew”, through Giver of Living water, a prophet, Messiah and finally Saviour of the world.

Similarly, the man born blind, in chapter 9, goes through a journey of discovery. Jesus spreads some mud on the man’s eyes, and tells him to wash in the pool of Siloam. He does, and comes back seeing! When questioned, all he knows is that “the man they call Jesus” did it. Badgered by the authorities to explain, “what have you got to say about him?”, he replies, “ He must be a prophet”. They continue interrogate him, until at last he says, “One thing I know: once I was blind, but now I see!” They are infuriated, and hurl insults at him, but
he refuses to be cowed into denial. In fact the more they persist, the clearer he gets! The more they shout that “this man cannot be from God”, the more he is convinced. “Nobody has ever heard of opening the eyes of a man born blind. If this man were not from God,
he could do nothing!”

Then he meets Jesus a second time, this time with his eyes open. Jesus reveals himself as the “Son of man”, and the once blind beggar prostrates himself in worship. “Lord, I believe.”

Many people have vaguely heard of Jesus: “a Jew”, or “a man called Jesus.” Some begin to realise he is more than that: he was a special man, “a prophet”. But then something happens, and another piece of the jigsaw falls into place. He is “a man who told me about
everything I have ever done”; or “He opened my eyes!” Something supernatural occurs which brings dawning wonder. Could it be? Is he really…? Then: he is from God! He is the Messiah! He is the Saviour of the world! “Lord, I believe!”

These people in John’s Gospel went through a process of discovery until they came to a place of faith. For 2 of them this process took place all on one day. For most people it takes a bit longer. They don’t realise that Jesus is gently drawing them. He excites their curiosity: he is more than just “a man”. Some will stop right there. Some seed was sown, but it fell into stony ground, or got choked by weeds. Others will concede, “He was a prophet”.

Are they ready for that momentous moment when the truth dawns, “He is from God! He is the Saviour of the world!” The only response after that is worship. “Lord, I believe”.

Who have you been praying for? God hears and has been patiently pursuing. We don’t know where they are on their journey, but he does. Keep praying until full light dawns.