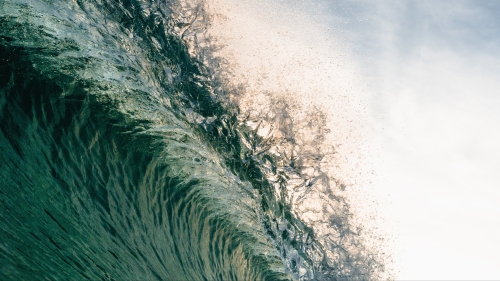 Until the devastating event of December 26th 2004 I had never heard the word tsunami.
Following the towering wave that hit huge swathes of East Asia on that Boxing Day, it
became a globally understood word. When the shifting of tectonic plates of the Earth’s crust occurs, it generates earthquakes which in turn causes massive waves in the ocean. As they advance upon the land and crash onshore, huge damage and destruction is left behind.

In 1996 or 1997 Newfrontiers held a leaders’ conference at the Brighton Centre, and the so-called Toronto blessing was still fresh in our minds. One of the speakers, well-known for his prophetic gift, declared that he could see in the Spirit a huge wave gathering out to sea, and rolling toward the beach, where it would fall upon and deluge Brighton and beyond. This was particularly vivid as the room in which we were gathering was upstairs with large windows overlooking the ocean, and one could easily imagine such an event happening. The next day during the conference in another setting, someone else brought an identical prophetic word.

From time to time as we continue to pray for revival we remember these words and bring them to the Lord, calling on him to remember and to pour out such a wave of his Spirit that will wash and cleanse our land.

Yesterday, a small group of us gathered to pray, and the image of a tsunami came strongly to mind as someone brought a tongue, and we recalled the prophecies about the wave. In the decades since Toronto, the decline in our nation seems to have accelerated. More children are born outside of marriage than within it; gender confusion has grown to the point of ludicrousness; knife crime in our cities is nearly an everyday occurrence; some are rushing headlong into hedonism while others are seeking refuge in a more aesthetic lifestyle: “clean eating”, veganism etc. There is the constant threat of financial difficulty, now presented on our high streets as institutions which we had taken for granted were solid and lasting now face closure. And of course a massive crisis of leadership as all the wrangling and disorientation over Brexit continues.

Finally, arts and culture have been hi-jacked I believe by the desire to keep pushing
boundaries of what used to be perceived as decent, and be “real”. But do we actually always need to see “real”? Is it edifying? Informative? Engaging? Instructive?
I ask, because, misled by the high praise and high ratings in several newspapers we went to see a movie, which has also won awards . We should have checked it’s content first. Yes, the camera work was clever, the settings of 18th century grand palaces and gardens were sumptuous. But there appeared to be almost no story, just a threadbare and sordid account of a far-fetched three-sided lesbian relationship between Queen Anne and her maid and a duchess, the latter being rivals for the queen’s attention.

I ask myself some questions: even if this account was true, do I need to know about it? Or at least, do I need to see it in such intimate detail?
Was it entertaining? Was I enriched by the experience? Did I come away a better person for having seen it?
If it wasn’t true, why was it invented? What was the point? 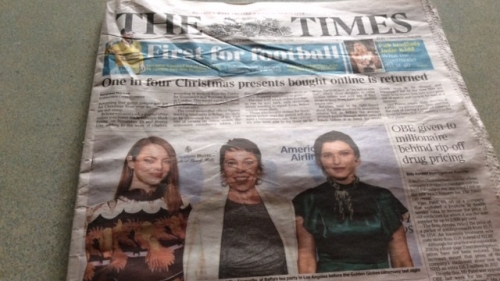 I totally understand that much art has to do with the need to expose bad things, to bring
them to public attention so change can happen. So called “kitchen sink” dramas in the 60’s did that. And although much of the movie industry exists for pure entertainment, that is not always the motive, and rightly so. But my gripe about “the Favourite” is that it is pointless as well as revolting.

I am praying for a tsunami of the Holy Spirit to come and wash us clean. A tsunami is
destructive and terrifying; but it crashes down on what was thought to be unassailable and permanent and breaks it up. It flattens the old and makes way for the new. It changes the landscape.