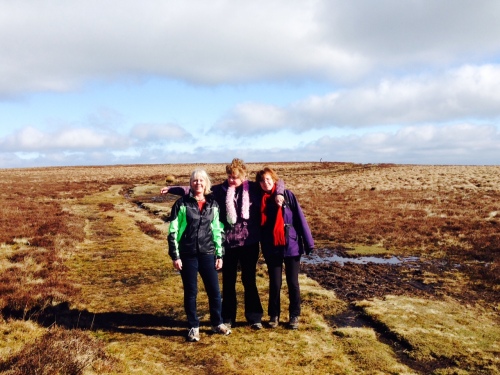 It’s funny, but as children, my sisters and I used to fight like the proverbial cats and dogs. There are four of us and we were born between 1946 and 1951. Do the maths: four of us in five years. So we were very close in age, and our poor mother was permanently exhausted.

Being the eldest, I always felt the pressure of them breathing down my neck, so to speak. I had to work hard to stay out in front. I was the first to ride a bike, roller-skate, get a paper round, go to secondary school, and I was quite competitive, fearing that one of them would creep up on me and bag first place. We were noisy, energetic, often quarrelsome, but also fiercely loyal. When I left home, I missed my sisters like crazy.

By the mid seventies we were all married and beginning to have families of our own. Those were very busy years of course, for all of us, and we lived long distances apart. None of us was well off, so time, distance and resources meant that we rarely saw each other. Literally a couple of years could go by without any of us meeting. But as our children grew and became independent, we became able to make plans to meet more often.

Ten years ago, I resolved that whatever happened, one of the ways I would celebrate my 60th birthday was to have some time with my sisters. Accordingly, we met at my home, (in Hove as it was then) and had such a wonderful uproarious few days together that we decided we must make it a regular occurrence.

This year we decided to meet in a cottage near the Brecon Beacons in South Wales. “March will be lovely,” we thought, envisaging daffodils frothing the roadsides, primroses in the hedgerows, lambs skipping in the fields, while larks sang in the blue sunny skies over head. 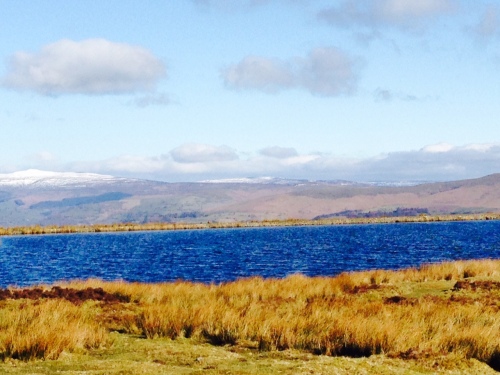 Well, as we know, winter has been uncommonly mild, but then bitter wet weather set in. We eventually arrived at the converted barn, which had a high-ceilinged main room with a wood burning stove, which though decorative, did not effectively dispel the chill in the air. Two of us had sat for hours on the M4 as heavy traffic straggled through road works, fog and accidents. However we greeted each other joyously as we emerged from our cars clutching bags of food, bottles of wine and bundles of “swaps”, i.e. books, clothes and jewellery which we put in a heap and pick over like vultures. I usually take a large bagful, but somehow manage to come home with more than I took!

Of course, we talked endlessly, catching up on news of our families: who is having another grandchild,(mine are endlessly arriving, but this year 3 of us are looking forward to more grandkids), what’s happening in the churches we are part of, where we have travelled to, and the state of health of our husbands. We sisters are amazingly healthy, it’s the husbands who get sick!

It was glorious. We ate lots, drank wine and champagne, sang (did I mention there was a piano in this cottage?) and went out for an extremely muddy walk. The hills of South Wales are totally saturated, so that even on high ground we were wading through caking mud. We returned filthy, but happy.

But Thursday was the best day. When we awoke it was to see the sun streaming through the windows! We made a picnic and drove out up to the higher hills. The view was breathtaking over moors and valleys with snow capped mountains not so far away. The wind had dropped to a breeze, and though it was cold it was wonderfully invigorating. We walked for 2 or 3 hours, revelling in the beauty, the sunshine and the song of larks overhead. Later, we drove down to a small picturesque town, and it was warm enough to sit outside and eat our sandwiches in a park by a small ruined castle. Later we had a great meal in a nearby pub, culminating in a hilarious game of darts, which as none of us is exactly expert was also fairly dangerous.

It seemed so natural when we got back to begin singing some of the familiar old hymns which were such an important part of our shared childhood. Jo played the piano, just as our mother would have done 60 years ago: hymns from the Golden Bells hymn book, Hymns of Faith, Redemption Hymnal. But it wasn’t just nostalgia. The truths we sang have sustained us over many years and we sang them with joy and sincerity.

As we bowed together before the One who has kept us, sustained and nurtured us through the many and varied experiences of life, love flowed out and filled us with deep love for one another and for Him who has been with us all the time. What joy he has given us, and what a priceless gift of sisterhood.