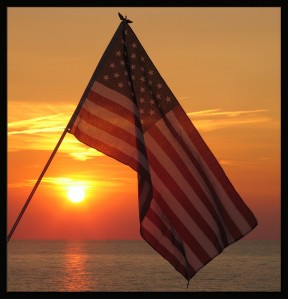 I am shocked to realise that it is 20 years since our return to England after two years of living in America. Looking back now over these two decades, two years seems just a blip, but before we left it seemed like a life sentence. However, although it was such a short time, it had a huge impact on my life and the life of my family.

They were significant years. The church in Missouri that hosted us for that time was a church in pain after some traumatic disclosures concerning the former pastor, and Terry was helping the church to transition back into health.

They were immensely kind to us. They made a spacious house available to us, furnished with items donated or lent from church members. During our time there we made lasting friendships and although there is little physical contact now, there is happy interaction via Facebook etc. It was a somewhat unique community in that the original core of the church had bought land and put up a building, and then proceeded to build their own homes all around it, resulting in a true Christian community. This was delightful in many ways: there was true sharing of resources, safety in the streets and zero crime. (But it was an evangelist’s nightmare: everyone was saved!)

It is a fallacy that because we share a common language Americans and English cultures are the same. They manifestly are not: and the language has significant differences too! We had visited the USA several times before, but now I learned that visiting a place is very different from living in it.

I quickly found that I had to make a choice: I could jump in and get integrated, or I could remain on the edge, observing but not participating, making comparisons, standing aloof in my Englishness. One of my sons, who was 11 at the time, tried that in his ‘math’ class in school. Chastised for not doing his homework he declared, “They don’t do it our way (ie the right way) so I don’t have to do it.” He thought he had the right to opt out. The alternative was to jump in and submerge, embracing the changes. This seems dangerous because you feel like you are dying to your own identity. You feel insecure, exposed and vulnerable, and even a bit disloyal to your own culture.

This was illustrated to me one of the first times I went grocery shopping. I entered a vast supermarket, list in hand, and optimistically began to work down it. ”Peanut butter.” I found the aisle. As far as the eye could see, shelves were stacked floor to ceiling with every conceivable style, size, and brand of the stuff! Smooth, crunchy, salty, no salt, large, family size, jumbo, giant. No small ones of course. Cheap, basic, luxury. It took ages to select one. Then I had to do it with washing powders, cereals, coffee…it took all morning! And all the time I was converting dollars back into pounds to get an idea of relative values. It was overwhelming.

I was exhausted and realised I couldn’t live like this. So I evolved a rule of thumb: “Think dollars.” This was not just about the currency, it was a metaphor for “Forget English pounds, and English ways: get into American.”

Of course, this takes time and application, and I wasn’t always successful. I made hundreds of blunders. But making that mental switch was crucial for me. Instead of feverishly clinging to my English ways, I began bit by bit to enjoy aspects of American freedom. There were things that irritated, surprised and embarrassed me; but there were things I began to appreciate and even adopt, such as being freer to express emotion, being quicker to make friends, talk to strangers, and generally be more open-hearted. I had always considered myself to be outward and open, but I was surprised to learn that actually I shared the famous English reserve in some respects! 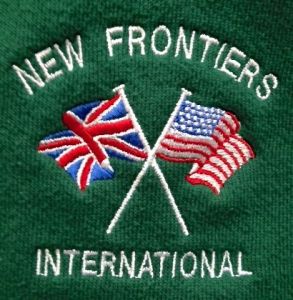 Our time there coincided with the season now known as The Toronto Outpouring. A sudden powerful move of the Holy Spirit across the churches in Canada and USA swept around the world, resulting in thousands rediscovering their joy in God after decades of dry, regimented church life. Looking back one can see that there were some excesses and silly responses, but there were also lasting developments and changes for the better. One of these was that in the church where we were came a season of humbling and repentance before God and one another, and rediscovering delight in God and joy in Godly fellowship. There was a true mingling of lives where previously suspicion and offence had taken hold. Terry and I found ourselves in the middle of celebration, and church became exciting again!

Personally I felt liberated. Away from my own home and country I was free to be myself, to laugh and cry, sing and dance! They were heady days! I suppose I have always been more extrovert than introvert, but there had also been a fear of too much inner exposure, and pride and competitiveness, and a sense of the necessity of maintaining a defensive wall. The days of outpouring tempered these a lot; but also I think the open American culture encouraged me to stop “putting on a face” and simply be me, warts and all. And there were plenty of warts!

Living in another culture is both a humbling and an enlarging experience. It is humbling because we suddenly realise that ‘our way’, (which we take for granted is the only way) isn’t necessarily the best way. We have to learn to appreciate other ways of seeing, doing and thinking, and respecting them. It’s like starting all over again and it can make you feel a bit stupid and uncertain. But it’s also enlarging because you add to who you are. New ideas open up, new words become familiar, new faces become friends, new places enrich memories.

“Forgetting what lies behind, we press on…” The wonderful thing is that when we are Christians we are all moving on and seeking to become familiar with Kingdom culture. This has not always been understood in the past when English people confused English idealism with Christianity. There are good, enjoyable, colourful and beautiful elements in every culture, and of course there are bad, cruel, inconsistent, and illogical things too. But all need to be measured in the light of the Good News of one kingdom, the Kingdom of God, looked for by prophets and kings in the Old Testament, announced by John the Baptist, and ushered in by Jesus Christ. All cultures fall miserably short by comparison; yet all have vestiges of it for all humanity carries traces of the image of God. “Peace on Earth” sounds impossibly pious and idealistic to our cynical twenty first century ears, yet there lingers in us a longing for cultural harmony: world peace, where there is no more war, greed, subjugation, exploitation, debt, slavery, tyranny, arrogant superiority, and revenge.

As the Newfrontiers churches continue to engage in world mission, we are becoming increasingly aware of our need to be truly cross cultural, especially in the highly international cities. If we are to be true citizens of the Kingdom of God, we have to be willing to drop our ingrained ideas and personal preferences in order to make those vital connections. As Paul taught, “Let us pursue what makes for peace and mutual upbuilding”. (Romans 14:19)

One day there will be a universal acknowledgement that Jesus is Lord, and every knee will bow to him. However, in the meantime, I believe that God delights in cultural diversity and it will be with great joy that he welcomes members of every tribe and nation to his banquet. Somehow, I think that cultural diversity will be maintained but without the flaws. The colours, variety, flavour, creativity, vitality and eccentricities will remain, but redeemed and purified.

I shall enjoy my American friends even more, alongside South Africans, Australians, Chinese, Indians, French, Spanish, Mexicans, Polish, Ukrainians…we shall find out what truly united nations look like! We may be in for some surprises! 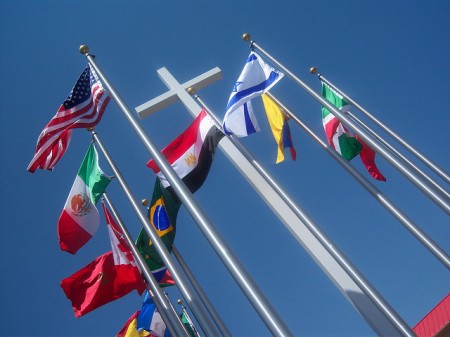 3 responses to “Crossing the Pond”