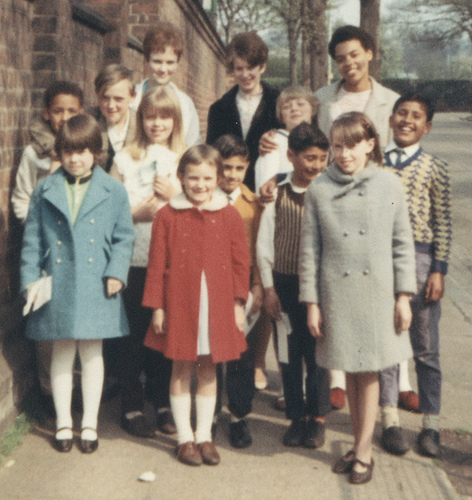 I was sitting on a hard wooden bench in a little hall on a Sunday afternoon in May. It was Whitsunday, that is, the day when we commemorate Pentecost.  I was 7 years old. The teacher was explaining about the day the Holy Spirit came. I don’t really remember what she said at all, but I do remember that at the end of her talk she read a poem about a boy who was challenged to give his life to Jesus. He declined. The poem went on to describe multiple other times in his life when he had the opportunity, but he kept hardening his heart. Eventually the poem came to the death bed scene, where he was given the final opportunity to make that choice. The last line of the poem sonorously proclaimed, “turning over on his pillow he died.” There was a collective gasp from the children present, as we knew he had entered eternity without turning to Christ for forgiveness and redemption.

A somewhat bizarre poem to bring to seven and eight year olds! Some would say it was gross manipulation of a child’s emotions. But as our teacher went on to explain that we didn’t need to go through such a process but could come to know Jesus now, this very day, I knew that He was calling me. It was very clear. She led us in a simple prayer. I prayed it with all my heart and as I asked Jesus to come into my life, forgive my sin and save me, I felt Him come in.

I remember it so clearly. It was as if the lights came on. Everything looked brighter, more focussed. I ran up to Mrs Tilsely Green and hugged her and told her that Jesus had come to me. When my father came to pick up his daughters, I told him. I told everyone, expecting in my childish naïveté  that they would understand and be pleased too. Some were, some weren’t.

The next week at school I insisted on singing a hymn to the entire class. When we were told to write an essay on the happiest day of your life guess what I wrote about? I can still remember the teacher’s comments: “Wendy, you are too young to take life so seriously.” I think I was probably a bit of a pain to all and sundry.

But I have to say that after sixty years, I have never regretted making that decision. For although at the time I thought I was asking Jesus into my life, I began to see eventually that he had been seeking me; he had me in his sights before I was even born! He had a destiny for me.

But most of all, I am eternally, endlessly, unspeakably grateful to the Son of God who loved me and gave himself for me.

60 years has gone in a flash! But I will have endless ages to sing his praise.